He believes affordable tech, including artificial intelligence and ambient intelligence, will improve quality of life for seniors, allowing many to remain independent longer. Meanwhile, those in senior living facilities will be safer thanks to this technology.

“The number of loved ones who will actually step up to the plate to care for you is decreasing,” he says. “We’re going to need to become more self reliant and I believe we will thru the tools of ambient intelligence.”Many senior living challenges stem from a happy problem—people almost everywhere are living longer and generally healthier lives. 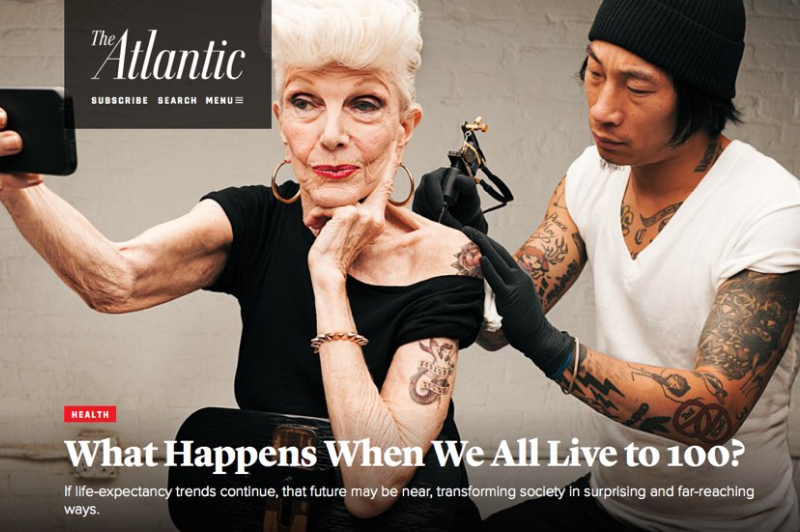 ”People are living longer because they’re more prosperous, have better medical care and better food,” says the author and producer/director of the documentary Why Wal-Mart Works.”

As a relevant side note, Galloway stresses that the long-term trend of plummeting interest rates means seniors will have to “learn to live cheaper because they’ll be living longer and their investments will be paying less.”

Discussing recent and on-the-horizon advances, including the boom in affordable sensors and wearables, Galloway believes “innovations in senior living that would have been unheard of have become practical and cost effective.”

“The richest person in the world has the same iPhone you have today,” he says. “Technology has democratized luxury. IT has also democratized eldercare.” 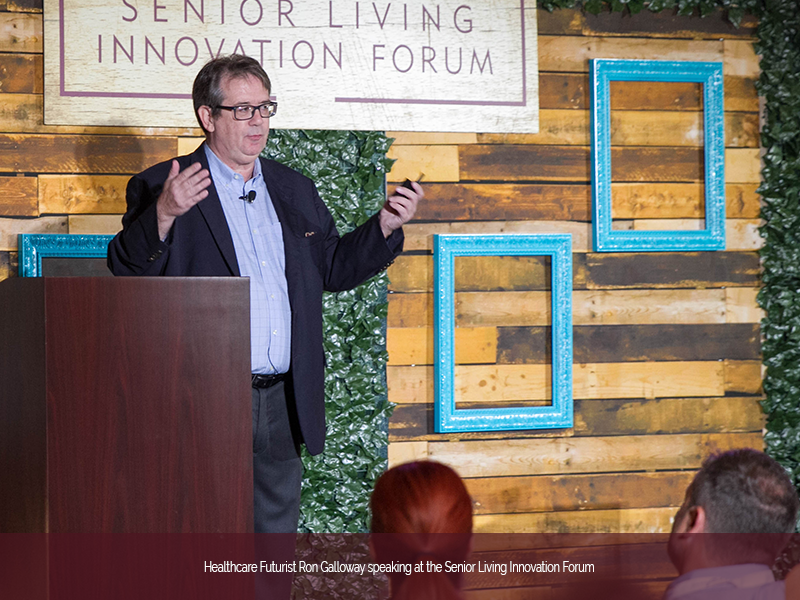 Tech is taking over at just the right time because senior living is facing both a current shortage of qualified caregivers and, over the next decade, a “looming” shortage of traditional doctors, exacerbated by the happy fact that people are simply living longer.

Fortunately, these challenges will be met by a transition to more approachable forms of artificial intelligence and affordable ambient intelligence technology.

And this technology is fed by our personal data, which is being connected at exponential rates, Galloway says. “This phenomenon is part of the booming world of data collection. By 2020, medical knowledge is going to be doubling every 73 days…that’s how fast we’re shoveling data into AI.”

“It all leads to more self-reliant eldercare.”

How AI Works for Seniors

Galloway is a big believer in Ambient Intelligence, a new A.I. technology where a combination of data inputs from wearable bands and other devices is centralized and put in context. 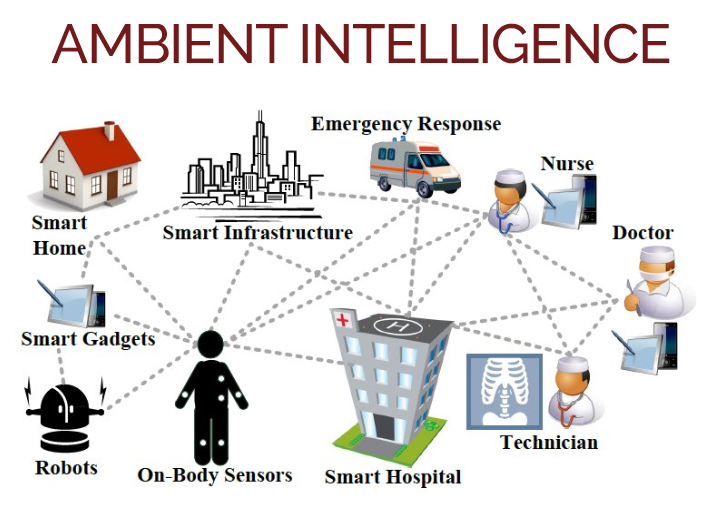 For example, if an Alzheimer’s patient falls, his wearable device determines he has fallen (from the accelerometer on his wrist), where he is located (from indoor GPS), and what protocols should be followed (given data from his EMR), as well as academic journal research specific curated by IBM’s Watson.

It works by monitoring an individual’s behavior through the following steps:

Galloway describes how ambient intelligence will work in a senior’s home or room in an assisted living facility. “The camera will identify a ‘living human being.’ As she moves through the house or apartment, sensors will follow her and learn her behavior,” he says. “Where she goes (bathroom, bedroom, living room, etc.) at a certain time of day and how long she stays there.” 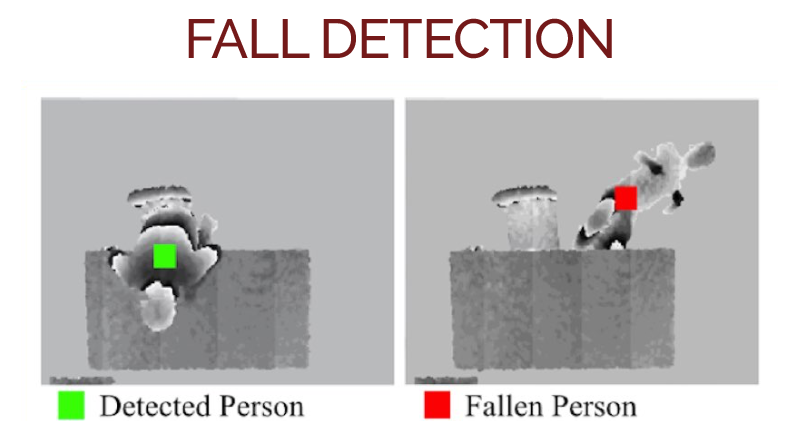 Once the ambient intelligence system has identified the senior’s behavior patterns, it will infer patterns, identifying the times of day when he/she eats, sleeps, relaxes, showers, as well as when they typically leave home and return. Then, when behaviors change – such as spending longer in bed or less time on personal hygiene – the ambient intelligence system can infer a problem.

Soon, a daughter will be able to connect to her mom’s Fitbit and we’ll even have ambient sensors under beds monitoring pulse and heart rate through the night. 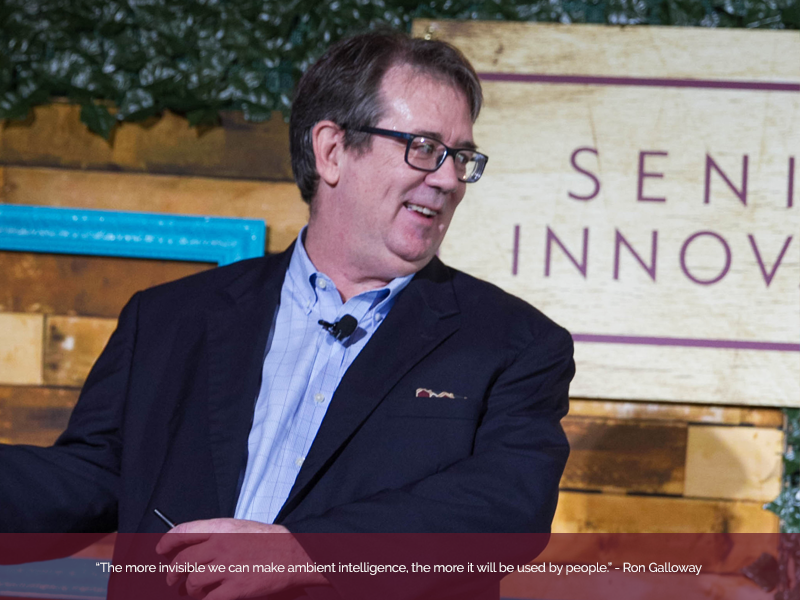 He emphasizes that a lot of useful monitoring technology is already available, citing the Xbox One Kinect Sensor (which retails for $99.00) and the Amazon Echo, which can listen and interpret phrases like “I’ve fallen.” And “I don’t feel well.”

New devices are in the pipeline and existing wearables – like the Apple Watch – will be offering useful features for seniors too. “I believe the Apple Watch was built as a health sensor but they haven’t opened up all the possibilities yet because they need FDA approval.”

Older people will live at home longer because of ambient technology and it won’t be expensive.

“Technology is democratizing eldercare. I think everybody is going to have an affordable way to be looked after.”

You can view Ron's full talk below: