Senior Living leadership needs to take a lesson from Mary J. Blige—“No More Drama.” Achieving that goal requires a combination of strong leadership and an empowered staff that won’t stand for complaining within their own teams, says Dennis McIntee, trainer, speaker and author of the book “Eight Qualities of Drama Free Teams.'' 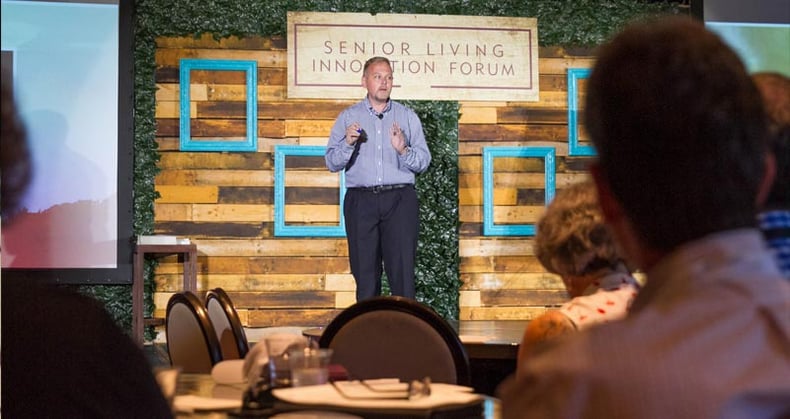 For leaders in senior living environments, making these changes involves the ongoing process of learning to improve employee satisfaction, reducing staff turnover and building a team of resilient employees who will adapt to a constantly evolving work environment despite the hard work and lower wages associated with many of their jobs. In his coaching and training initiatives McIntee emphasizes that:

When leaders begin looking for strengths in their staff, they find them, even when they’re well below the surface, McIntee believes.

“There is gold inside every person. If you don’t believe that, get out of leadership. Miners have to remove dirt to find gold. You always find what you focus on. It’s there.”

Many of his examples involve the process of managing and empowering lower-paid senior living staff, specifically Certified Nursing Assistants (CNAs). Working under the direction of an RN or LPN/LVNs, CNAs provide hands-on nursing care to patients, residents, clients and customers in a variety of health care settings. Nationwide, turnover among their ranks is high. CNAs typically earn an hourly wage rather than an annual salary, so your pay will fluctuate depending on whether you take a few hours here and there, steadily work full time, or constantly pull 60 hour weeks. According to the BLS, the mean annual wage for medical assistants was $31,220 in May 2014; the median hourly wage was $14.71.

It might look impressive at first, but a paternalistic approach where employees ask lots of questions and leaders habitually “solve” their problems, isn’t strong leadership, McIntee says. Instead, this creates a passive environment where lower-level staffers never learn to think, act and problem-solve on their own. “If you keep giving (ready) answers, they’ll keep having questions. And they won’t think for themselves. We end up with adult-to-child conversations. However, if you believe they’re children (your staff), they’ll continue to act like children,” he says. “Help your people grow up. People respond to how they’re led. For some of us that means we’re going to have to stop blaming our employees.”

We like to think all of our problems are the result of other peoples’ actions, but that’s not true. Sometimes we have to get angry – at our situations and ourselves – to start making change. McIntee describes a personal process of taking responsibility. Through the years he gained over 60 lbs. and placed the blame for his fat on his wife’s weight gain during her pregnancies with their four children, insisting he was packing on the “baby weight,” even though his wife trimmed down weeks after delivery. “For me it was looking in the mirror and saying, ‘Dennis, you’re fat as Texas, buddy. I had to accept that my weight was the result of my actions. I’d play the victim, until I stepped back and said ‘I gotta take some action.’”

Man (or Woman) in the Mirror

Meanwhile, too many teams get sucked into a Bermuda Triangle of drama, McIntee says.  “I see people go into the drama triangle and we lose them forever. They choose to become victims and we never see them again.” But the tough love approach he applied to himself can work in senior housing if leadership is willing to make the first moves.

“If you have drama in your teams, you first have to look at YOU.”

“What have you done to perpetuate the drama? Why does this always happen to me? People who are full of drama believe my events equal my outcome. They believe there’s nothing they can do. As leaders you need to let people know they have all the choice in the world.” He stresses: “When people see they have multiple choices, they take ownership.” Communities that have changed their approach have seen dramatic, positive changes. Sometimes high turnover (especially at first) can be a sign of strong leadership. “They go through CNAs quickly. They (new assistants) show up and realize it’s not the right place for them. And that realization comes from other CNAs; those CNAs go ‘there’s no drama in our community.’” So, new staff accustomed to a high-drama work environment either adapts to their peaceful environment, or move on to a facility where they feel more comfortable. McIntee’s conclusion: “Drama-free work environments are possible. We don’t have to settle.” 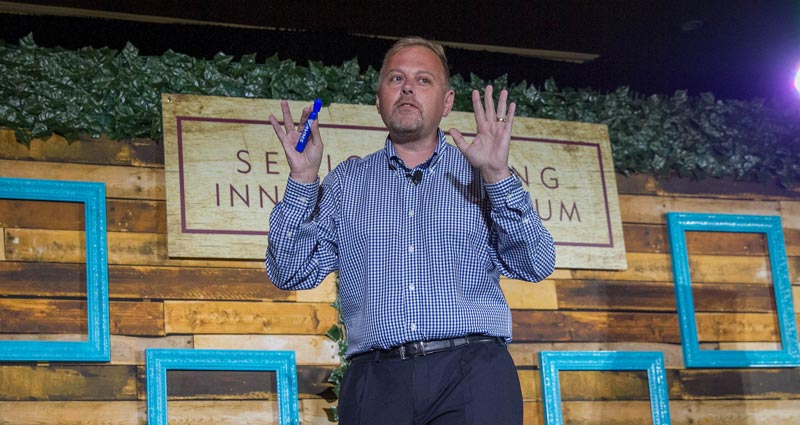