Understanding the Role of Place in Health and Happiness

When Ryan Frederick, CEO of SmartLiving 360 was completing his MBA at Stanford, he spent a summer working for an executive at Sunrise Senior Living. After landing the job, he asked to spend a month living in one of the company’s communities. Sunrise placed him in an independent living community in Atlanta, where he quickly connected with residents like Betty Cobb—the “de facto mayor,” as he described her—and learned their stories. “I heard her story many times over, but I also got to see the world through her eyes," he recalled. "I got to empathize.”

Frederick’s experience in that community launched his 15-year career in the senior living industry, where he’s worked as a real estate developer, an investor, an executive, a strategy consultant, and now as the author of Right Place, Right Time: The Ultimate Guide to Choosing a Home for the Second Half of Life. At the 2021 Senior Living Innovation Forum, Frederick drew on his research to explain how senior living providers can repair America’s broken social fabric by putting a new emphasis on place. 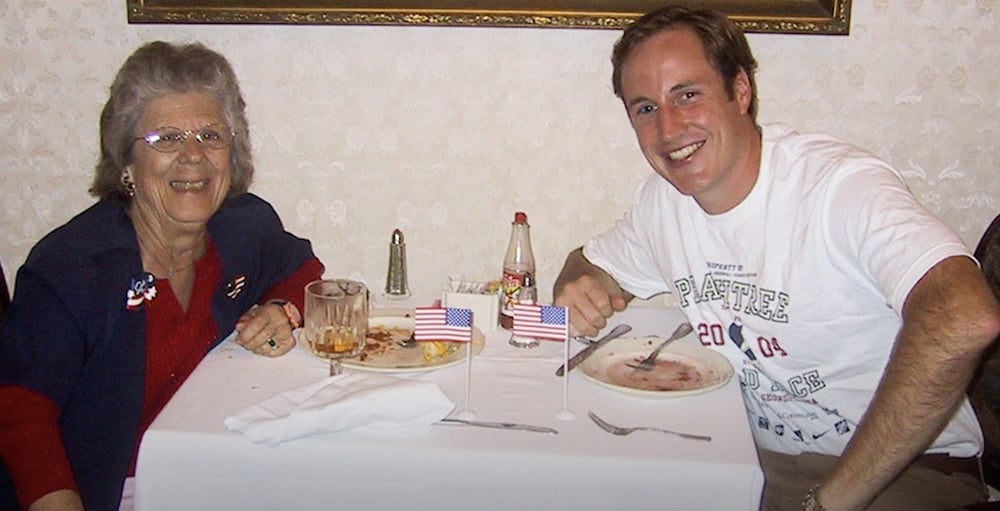 “It’s a Tough Picture to Solve”

As Frederick sees it, the story of modern American life revolves around a few central tensions: the push and pull between individualism and community, mobility and rootedness, financial capital and social capital. In practice, this manifests as our diminishing social fabric—the once-thriving family and community units reduced to constellations of individuals. “There are fewer kids out there to support their families,” Frederick said. “There’s more geographic separation, there’s more singleness.”

This disconnection affects more than just families. Research shows that friendships are on the decline as well: over the last 30 years, there’s been a fivefold increase in people who say they don’t have any close friends outside their family. As for people who do have 10 or more close friends outside their family? That number is a third of what it was 30 years ago. “Broken families, singleness, technology pulling us apart in different ways—it’s a tough picture to solve," Frederick said.

When you take this backdrop of rising isolation and add in senior living’s shrinking labor force—caregiver ratios are projected to decrease from 7:1 in 2017 to 3:1 in 2050—things don’t look so hot for the seniors of tomorrow. "This creates a lot of pressure," Frederick observed. "How, as a society, do we create this social fabric that we used to have?”

It starts with telling a different story—a story just as true, even if it doesn’t make as many headlines. In this story, things are actually looking pretty rosy.

“This is probably the best time ever to live," Frederick explained. “Researchers indicate that 50% of kids born in the developed world will live to 100. And despite what you see in the papers, people are happier later in life. This is a global phenomenon—it’s called the U-shaped happiness curve. You start a certain level of happiness in your 20s, and then you work your way down in your late 40s, early 50s—I like to think it has something to do with teenagers—and then you work your way back up to the point in your 70s and 80s, to the point your self-reported happiness is greater than it's ever been. That’s the story we need to tell.”

Perhaps the most important part of this story is we have the power to keep writing it. That increasing longevity is driven less by genetics—which accounts for about 30% of a person’s lifespan—than social determinants of health. “It's lifestyle, it's environment, it's things like purpose,” Frederick said. “It's social connection, it's physical wellbeing, it's financial wellbeing. It's being engaged in your community.”

The senior living industry is perfectly positioned to optimize these determinants, giving its customers everything they need to live longer, happier lives. Or, at least, it is in theory. “We have that magic pill people are looking for, but we seem to be wasting it,” he argued. “We have been, for quite a long time, roughly attracting just one in 10 older adults.”

That’s because senior living communities aren’t just competing with each other; they’re competing with every other housing option. Unless providers deliver their potential customers a clear, compelling value proposition, they won’t be able to keep up with the tools and technologies making it easier for seniors to live in non-senior living environments.

“We can't necessarily think that it's simply a choice of someone living in a single-family house or moving to senior living,” he said. “Put yourself in the shoes of people, say, 50 or 50-plus. They’re generally solving, How can I find a place to live a longer, healthier life? That doesn't necessarily mean that they're running to senior living; if anything, it's the opposite. When they see even the word senior, for a number of people in that bracket, that's orthogonal with this idea of living a longer, healthier life.”

As baby boomers get older, the industry will soon find itself at a crossroads: one where it can either meet the moment or get left in the past. “This idea of an industry that was predicated on a homogeneous demand curve is quite different right now,” Frederick said of the coming wave of baby boomers. “We know they're better educated, more diverse, more singles. We also know there are gaps in affordability and price sensitivity… As you live longer, particularly in an environment where you don't have a pension and long-term care insurance is less common, how do you map out living to a hundred?”

The industry has to lean into these changes or see penetration rates plunge, Frederick cautioned. Leaning in means embracing place. In his conceptualization, place is much more than a matter of one’s physical dwelling. It’s country, region, metropolitan vs. suburban vs. rural environments—a vast web of factors that coalesce into a whole far greater than the sum of its parts. Of course, only individuals can figure out the big-picture questions about what their ideal place is. The senior living industry can help them make those decisions by putting more focus on healthy design, both at the building and community level. Part of the solution is helping people honestly assess whether they are in the right place. (SmartLiving 360 recently released the Right Place, Right Time Assessment to help individuals critically evaluate whether their current place is the best one to thrive.)

Frederick has long been an advocate of age-friendly housing: apartments with design elements that make them more livable for seniors, ideally in walkable, mixed-use areas. While there was little interest in the idea half a decade ago, he said, age-friendly design is quickly becoming the hot new trend—not only for developers, but in hundreds of communities around the country where state and local planners are asking, “How can we just create environments that are better for people of all ages? How can we have normal housing for people of all ages, [so] that we don't necessarily have to have people get pushed out of their communities to move to institutional settings?”

The rise of active adult living communities reflects the increasing demand for options in senior living—especially options that don’t seem like senior living as it’s traditionally understood. Frederick expects that this demand will only keep increasing. Meeting it will take sustained innovation: concierge services, co-living models, pocket neighborhoods, partnerships with other healthcare providers—whatever it takes to ensure that seniors are connected with the housing they need and want, and that the industry’s value proposition keeps up with changing populations in a changing world.