Like many great stories, the story of visionary art collective Meow Wolf began with a decision to stop waiting for someone else’s permission. “We wanted to create explosive artwork. We wanted to express ourselves culturally and we couldn't find a place to do it,” recalled Vince Kadlubek, Meow Wolf’s Founder and Director, in a talk at the Senior Living Innovation Forum in Napa, California. “So we decided to stop waiting for people to invite us into their space and instead just create a space of our own.”

In true DIY fashion, Kadlubek and his fellow artists pooled what little funds they had—their beer and weed money, he joked—and rented a gallery space. There, they started creating installations out of materials scrounged from dumpsters. “Ultimately, we were just twenty-somethings who were still little kids just wanting to build forts,” he said. “And we were building spaces that people should not have been crawling around in, but they were.”

From those humble beginnings, Meow Wolf grew into a globally acclaimed arts and entertainment company with a mission to “inspire creativity in people's lives so that the imagination can transform our world.” During his presentation, Kadlubek explained how that mission guided Meow Wolf from those dumpster-sourced forts to the $125 million permanent installation it opened in Denver last year, and what the senior living industry can learn from its story.

From DIY to Crazy Sci-Fi

As the years passed, what began as a passion project became a bigger and bigger responsibility for a group of young artists who increasingly had other responsibilities too. Rather than abandon the passion project, however, Kadlubek decided to bring it to the next level. “I really believed that we could do something special in the world,” he said. “I really believed in this future vision that was in my imagination—that we could really change the world.”

To level up, Meow Wolf would have to find a space suitable for its ambitions. Kadlubek set his sights on an old, gutted, 30,000-square-foot bowling alley in Santa Fe. An obvious problem presented itself, however: the collective didn’t exactly have the resources to purchase its own real estate. So, Kadlubek set up a meeting with a local author he knew by the name of George R. R. Martin.

“He basically was like, ‘No, I'm not really interested in buying a bowling alley,’" Kadlubek recalled. "But then I started tugging on all of his heartstrings, just pressing all of his buttons. I was like, ‘But dude, we're gonna build this crazy house inside of the bowling alley. And then in the house there's gonna be secret passageways and it's gonna take you to crazy, sci-fi fantasy worlds, man. It's gonna be the coolest thing.’”

Within months, Martin had purchased the bowling alley and leased it to Meow Wolf. It was time to get to work.

Meow Wolf opened its first permanent experience, The House of Eternal Return, in March 2016. Upon entering the space, guests find themselves on the lawn of a Victorian house. As they explore the home at their own pace, reading the inhabitants’ diaries and poring through their photo albums, they eventually discover that the house isn’t exactly what it seems. “You get to the kitchen and get to the fridge and open it up, and you realize that the fridge is not a normal fridge, that it’s a secret passageway into who knows what” Kadlubek explained. “Or you might get to the dryer, and open the dryer, and it's a tube slide that goes into who knows where.”

By now, anyone who’s familiar with Meow Wolf knows what who knows what and who knows where actually entail: a “crazy psychedelic jungle gym art world” stretching across 20,000 square feet of surreal, interactive scenery transporting the guest into a world of pan-dimensional intrigue and possibility. Kadlubek knew this sort of experience would appeal to “the Burning Man crowd,” but he was surprised to discover it attracted people from all backgrounds, of all ages: from the older woman who said The House of Eternal Return was like “sticking your finger in an electric socket and becoming alive again,” to the 10-year-old girl who fell to her knees in the psychedelic forest, put her hands in the air, and cried “I’ve been waiting my whole life for this!”

For Kadlubek, giving people that feeling of becoming alive again is why Meow Wolf exists. So, in the wake of The House of Eternal Return's rave reviews, he set out to figure out where exactly its magic came from. “This is just pretty art and cool sounds,” he wondered. “What's happening here that's life-changing?” 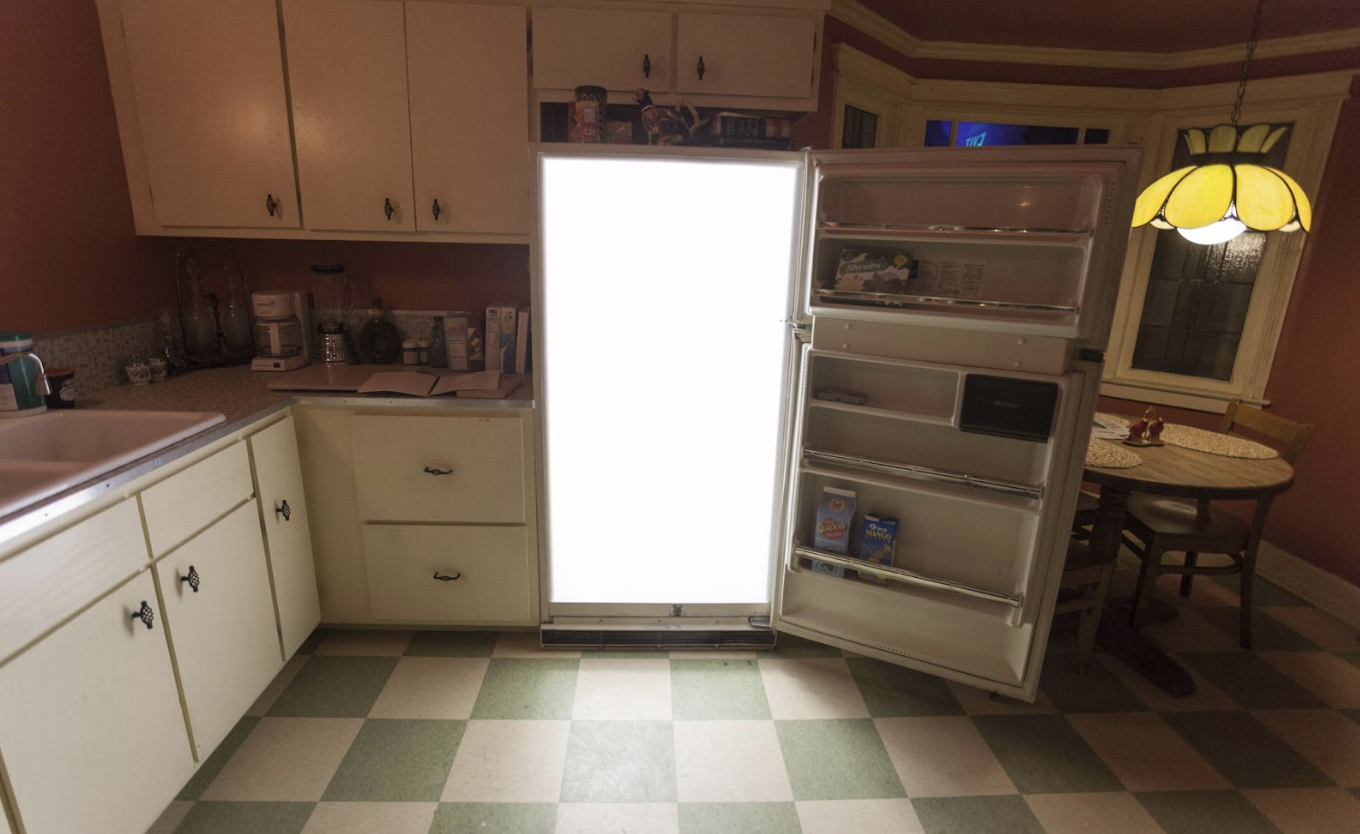 The transformational economy, in other words, is what you experience when you open a regular old refrigerator and discover a hallway to an inter-dimensional psychedelic dreamworld. “At that moment, I think this thing happens for folks, where because the fridge is more than what the fridge is supposed to be, the world has the ability to be more than what the world is supposed to be,” Kadlubek said. “It's almost as if this fridge, and opening the door, and seeing that it leads to possibility, gives the individual license to then be leading themselves into possibility for themselves.”

Agency is the key to empowerment, which in turn is the key to exploration and discovery, that 10-year-old girl falling to her knees and crying out in joy. Immersive art experiences like Meow Wolf’s seek to make the real world more interesting by giving people the sense of childlike wonder—and all the excitement, intrigue, and even risk that come with it—that so often fades away as people settle into the safe routines of their adult lives. “In-person, location-based immersive experience is a really powerful way for people to step into that child again, to reconnect with the spirit of exploring and discovering this world, no matter how old you are,” Kadlubek said. “Exploration and discovery can unlock a happiness that we had forgotten, a flexibility in our thinking that we had forgotten about.” 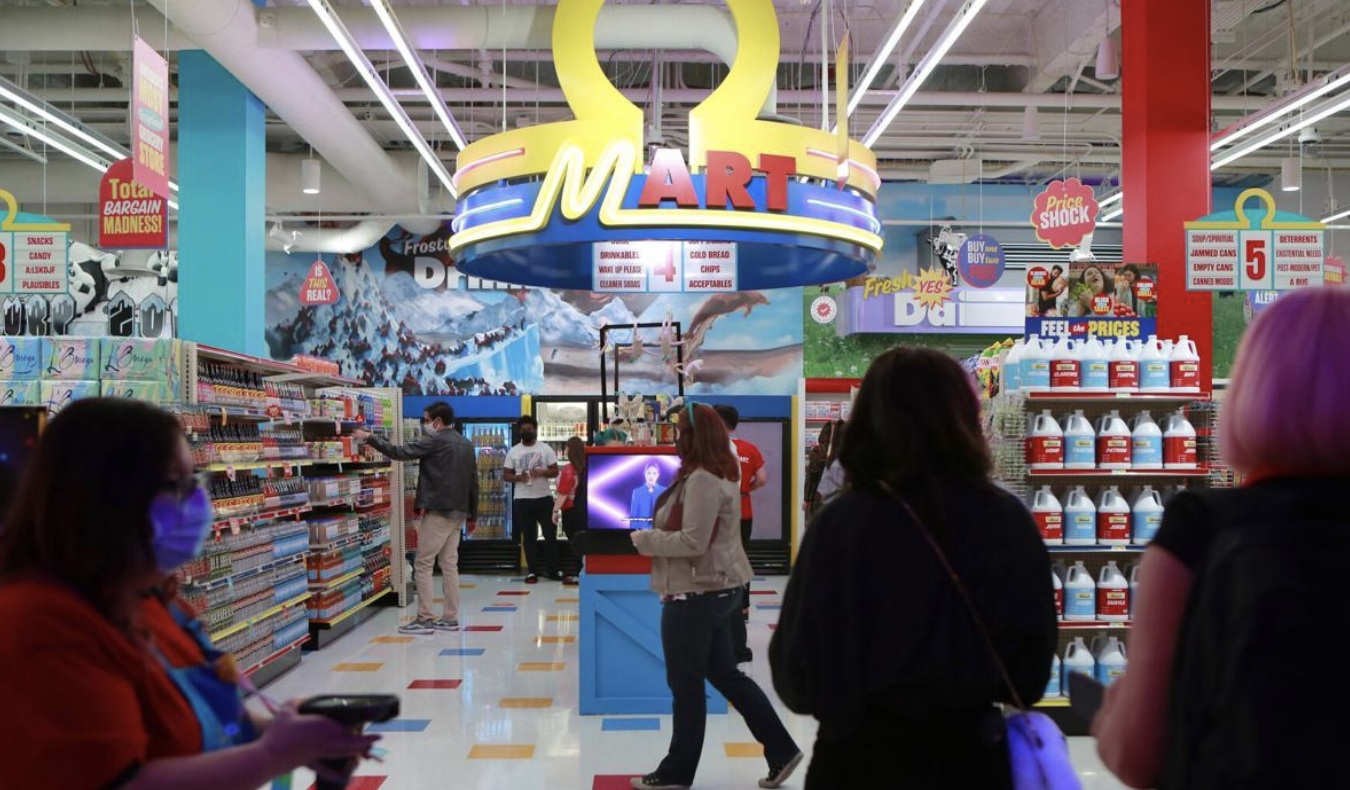 “This is a Human Spirit Thing”

Meow Wolf’s more recent experiences include Omega Mart, a Walgreens-sized fake grocery store that boasts not only another “fridge moment,” leading guests from a freezer into a kaleidoscopic underworld, but also real goods that customers can buy. (Which they are—so much that Omega Mart is selling three times the product per square foot as the average Walgreens.) Then there’s Convergence Station, which opened last year in a $125 million building snugly fit between three overpasses in Denver: a 50,000-square-foot installation encompassing five floors, a small cathedral, and even a climbable 40-foot statue.

While Meow Wolf may be an entertainment company, Kadlubek feels its work is far from irrelevant to industries like healthcare and senior living. In fact, hospitals and senior living communities are some of the first buildings that come to mind when he thinks about the philosophy behind Meow Wolf’s work. Spaces where you don’t typically encounter that childlike feeling of exploration and discovery, he argued, are the ones that need it most. "It's not just an entertainment and attraction thing; this is a human spirit thing," he concluded. "No matter where you are, no matter how old you are, this type of imaginative spirit is something that we all need."