Once upon a time, in a faraway land called Amelia Island, Florida, a young vacationer accidentally left his beloved stuffed giraffe at the Ritz Carlton. The boy’s father tried to ease his son’s distress with a little white lie: the toy was simply taking an extended vacation and would come home soon.

When he called up the hotel, he was delighted to learn it had already been found by a laundry worker. The Ritz happily overnighted it back home, going several extra miles by including a bespoke photo album of its vacation: the giraffe lounging by the pool, relaxing on a massage table, hanging out with other stuffed animals, even working a security shift. The father enthused over the hotel’s unparalleled attention and care in a blog post about the saga, predicting that his family would remain customers for years to come. 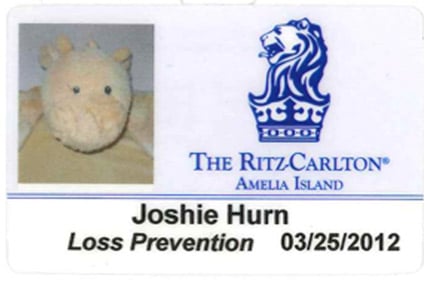 For marketing expert Scott Stratten, this story encapsulates a simple, under-appreciated truth: a company’s employees are a company’s brand. It also illustrates the value of word-of-mouth marketing, a resource all too often left untapped by businesses that don’t recognize the power of their people.

“Everybody wants word of mouth, but they don't think about the one thing that makes it happen, which is doing things worth talking about,” he said. “The thing that people don't realize is, there are stories being told about your places all the time, regardless of whether you do something with it. They're being told. And some of the most effective stories that can spread, and go that mythical viral you always hope for, are actually there now.”

In a keynote at the Senior Living Innovation Forum in Napa, California, Stratten explained what it takes to mine the industry’s most valuable resources: the people it serves and the stories they tell.

The Front Line Is the Bottom Line

To harness the power of those stories, companies have to cultivate the type of workforce that makes them worth telling in the first place (for good reasons, ideally). That in turn means creating a culture where employees feel like their work matters. “One of the problems with employees, sometimes, is if they don't feel they're affecting things—they don't feel they're contributing to something important—they can tune out,” Stratten explained. “They need to know they affect the brand every single day… The front line increases the bottom line, end of story.”

How can a company’s leaders, by nature divorced from the experiences of their frontline workers, create that kind of culture? As cheesy as it may sound, Stratten said, a big part of the answer is simply listening to them. “If we have open communication, we can understand more about how we affect our company as leaders, how we affect people as leaders,” he explained. “Not being told what we want to hear, not having our asses kissed, but by hearing actually what's going on in our organizations, by opening those lines. The key to leadership over the next five years is empathy and self-awareness.”

The Importance of Authenticity

Another part is creating an environment where employees can safely, honestly build that culture from the ground up. “If they're allowed to be their authentic selves, they have no competition,” Stratten said. “You have no competition. What makes the company different? You and everybody else there.” For employers wary of the increasingly high expectations younger generations have of the corporate world, Stratten argued that it’s time to recognize employment as a two-way relationship. “Employees should be valued and they should value you; it’s supposed to be a circle together,” he said. “If you combine [your] wisdom with the younger generation's knack for disruption—and disruption is simply change without time to resist it—you come up with incredible things.”

Nurturing that knack for disruption may require employers to abandon some old habits. “We put in a job ad, they must show initiative,” he said of younger employees. “But then when they speak up in a meeting, we tell 'em to sit down or shut up or stay in your lane. When the only way innovation happens is through insubordination. That's the only way change happens. We call it innovation if we do it internally and we call it disruption if it happens externally… There's innovation in your companies right now, I promise you, that you haven't tapped, because they've been told to shut up.”

Stratten recommends a simple, potent exercise to figure out what a company’s employees and customers need. Called Stop, Start, Continue, it’s pretty much what it sounds like: you ask respondents what they think the company should stop doing, what it should start doing, and what it should continue.

“It is the most effective thing I've ever done,” he said, describing a Toronto private school he worked with when it was experiencing existentially high turnover. Administrators sent the Stop, Start, Continue survey to parents and received a (virtually unheard of) 97% response rate within 48 hours. “They stopped that turnover,” Stratten said. “Because the parents felt they were heard. When people complain, especially online, what they're looking for is validation—validation they've been heard, because up to that point they have not.”

It’s the ability to make people feel heard that sets great companies apart from good ones, Stratten said, turning apathetic customers into ecstatic, loyal ones who will come back year after year. The stories that will come to define the brand are already out there, not only in Yelp reviews and Facebook posts but in the residents sitting in their communities’ common areas, their adult children walking through the door for a visit. “People are saying things,” he concluded. “They’re saying what they need.” All the industry needs to do is listen and respond with the care its people deserve.