From attracting Millennial workers to catering to a whole new breed of Baby Boomer retirees, the senior housing field is experiencing change at every level. At the Senior Living Innovation Forum, executives from Silverado, Avanti, Merrill Gardens, Priya, VI and Thrive Senior Living shared their strategies for adapting to the changing tides.

Though the organizations vary in size and cope, all executives agreed that investing in excellent employees is critical to success. Top practices for doing so include:

Another consensus was also reached: robots give lousy hugs! “Technology can enhance what we do, but a robot does not give a great hug,” says Silverado’s Paul Mullin, who moderated the panel.

“While we use technology to connect and collaborate with health care providers and to connect with families, we still value the importance of personal care,” says Lori Alford, Avanti.

Where the Action Is

Isolation is out. Connectivity is in, says Bill Pettit, with Merrill Gardens, which focuses on the mid-to-upper-mid market in several states, including Washington. “For years we were always busing our seniors some place for activities. In 2007, we made a conscious decision to change that thought pattern.” 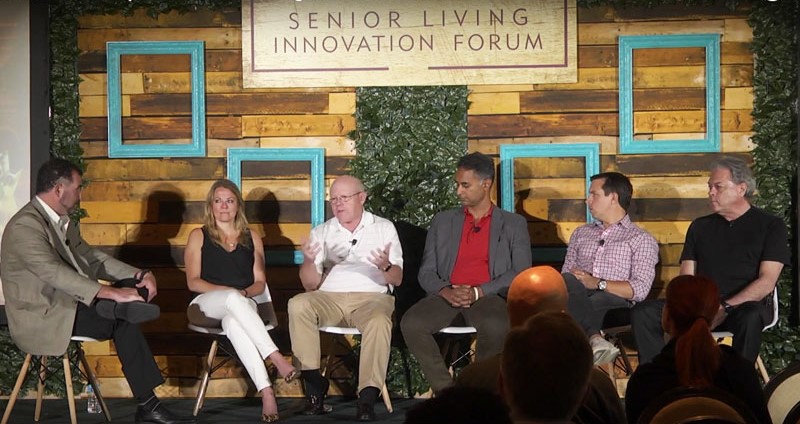 Now, Merrill looks to build or renovate its locations – typically 120 to 150 units – in city centers. “We’re looking to keep seniors connected to the community,” Pettit says. “At one location, they walk outside their doors into a farmers market. At another, you have seniors playing flag football with students on the common. When we were planning one location we sat down with the city council and explained to them that ‘you have two choices. You can keep your seniors in the community or you can push them away.’”

Santa Clara, California-based Priya Living is growing quickly and winning awards by focusing on the Indian community, a group that senior living providers had never marketed to in the past.

“We feel penetration rates can be (even) higher than they have been, because these groups aren’t being serviced by the product out there,” says Priya’s Arun Paul. “People want to feel connected with their neighbors. We think the conventional product doesn’t address needs of groups in our society.”

As with all senior living communities, finding qualified, motivated staff is a challenge. “You have smaller pool of folks we can hire from,” he says. “Though we don’t restrict hiring based on ethnicity, customer and language skills are important. However, one advantage is that we have been able to create a sense of mission to what we’re doing.”

All the executives agreed that their failures over the years had led to improvements in both marketing and the services they provide residents and families.

“Be careful when and where you try something new,” says Jeramy Ragsdale of Thrive Senior Living. “We’ve fallen on our face a few times by trying some pilot programs at times when we shouldn’t have done it, like our timing for launching an electronic health record platform. That was a terrible idea in hindsight.”

He adds: “Through the years we’ve become less tied to specific vendors. Some of our early collateral looked like a NASCAR car with stickers all over it.”

Alford is emphatic: daughters and daughters-in-law decide where seniors live. So catering to this demographic – overtly and subjectively – is essential to both marketing and cultivating a successful long-term relationship with family members.

“We all know it’s the female that makes the decision and when we were designing the building we took that into account,” she says. “So the building looks, feels, acts and even ‘touches’ female.”

Avanti offers amenities designed to appeal to women of all ages, from an in-house salon to “barre” dance/exercise class, adapted for seniors. “We make it so that it doesn’t matter what age you are, it’s things the women want.” 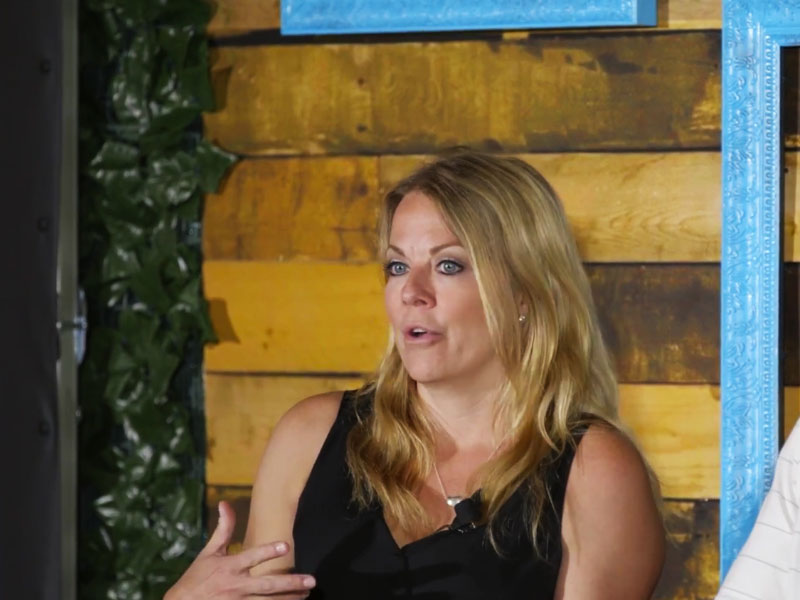 And this matriarchal paradigm applies to her senior living staff too. At all levels, most Avanti employees are women and the organization caters to them, including finding ways to balance female employees’ work and family needs. “We talk passionately about the struggles you go through as a work/life balance,” she says.

“We have a female leadership team. It’s a lot easier when the folks at the top are female.”

Avanti’s approach impacts the attitude of its employees, she says. “They have a pep in their step. They feel good and look good. We’re putting sexy in. We’re having employees dress for success. Even Avanti swag is boutique style, black and branded.”

''We are putting 'Sexy' into Senior Housing. It has a feminine touch to it.'' - Lori Alford

Mullin introduced the topic of that perennial elephant in the room—finding and keeping qualified staff. “Without the operations, we’re really just a shell,” he says. “We’re going to need a million to two million additional workers over the next 10 years.”

Mullin describes characteristics of many strong applicants who are drawn to his industry. “We look for people who have overcome challenges earlier in life and have a mission to what they’re doing. They’ve had to bootstrap themselves,” he says. This group includes applicants with military experience and those who struggled financially to complete their education. 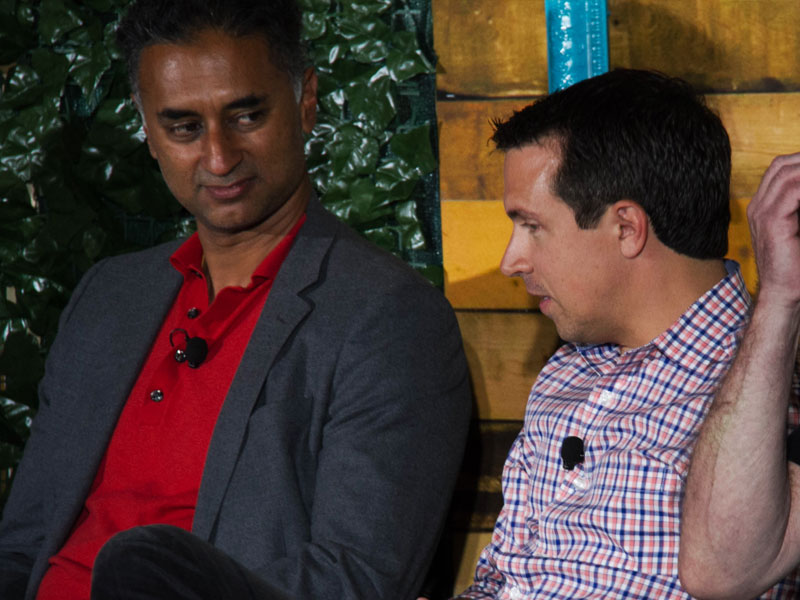 Millennials actually meet many of the characteristics for careers in senior living—emphasizing purpose and mission over the bottom line. “Millennials are less coin-operated than previous generations have been. And there is an altruistic aspect to what we do. However, I think we’re doing a terrible job communicating that,” says Ragsdale.

To tap into this potential job pool, some assisted living communities are recruiting on college campuses, introducing younger people to the industry and offering training and motivation to consider a career in senior living.

One goal is to draw applicants previously majoring in hotel or restaurant industry coursework, says Pettit. “We’re reaching out to high schools and colleges. Several of us in Puget Sound worked with Washington State University to create a program,” he says. “For about 98% of these juniors and seniors, their outlook was that senior housing was only about end-of-life care. They didn’t realize how diverse senior housing is.”

“And about 15% have shifted (their academic focus) from the hotel industry to senior housing,” Petit adds.

Ragsdale adds that senior living should study and adapt effective practices from the hotel, hospitality and food service industries. “It’s not brain surgery…there are elements in these businesses that we can learn from.

Vi’s Randy Richardson emphasizes the significance of reinvesting in staff as a foundation for retaining the best employees. ‘We consistently encourage our employees to continue their education. We have training programs, a masters program reimbursement program and even scholarships for the children of people who work in our communities.”

''We can't deliver high quality service every day if we have 50% turnover.'' - Randy Richardson

“We can’t deliver high quality service every day if we have 50% turnover, he says.

“When people see that you reinvest in them, it’s meaningful and it becomes part of the culture and (their job) becomes more than a paycheck.

You can watch the full discussion below: