Execs from Revera and HumanGood share insights on how to embrace design thinking.

Over the past few years, Apple, GE, Google, Samsung and many other Fortune 500 companies have adopted a Design Thinking approach to problem solving. Now taught at universities like MIT, Harvard and Stanford, it’s a practice that’s slowly being embraced by senior care providers too.

Senior leaders from two of the industry’s more innovative owners and operators addressed a workshop at SLIF, sharing a “Reader’s Digest” encapsulation of the design thinking process, as well as a few examples of the impact its having in senior living and other industries.

Trish Barbato, SVP, Innovation & Strategic Partnerships at Revera, and Dan Hutson, Chief Strategy Officer at HumanGood, both believe senior housing providers must embrace a design thinking approach over the next decade or be left in the dust.

“Five years from now you will all be using design thinking in your organizations,” Barbato said. “It will be the new normal.” 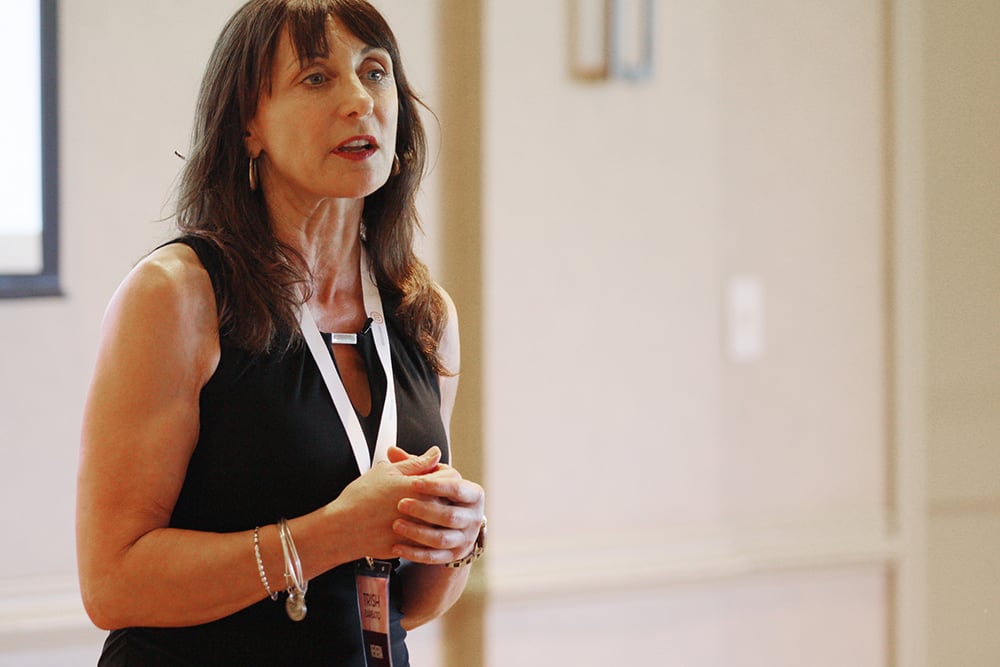 Design thinking is a human-centered approach to innovation that draws from the designer's toolkit to integrate the needs of people, the possibilities of technology, and the requirements for business success. Frequently, the process is broken down into five stages:

Hutson, who often refers to the practice as “human-centered design,” described it as the intersection of desirability, feasibility (what is technically and operationally feasible) and viability (Is it financially viable?). Design thinking provides a method and unifying language for multi-disciplinary collaboration.

“Suddenly the world’s problems are simple and manageable with design thinking. It can turn an idea into a solution that adds value from the customer’s perspective,” Hutson said.

Finding customer value is essential because every year 95% of new products brought to market fail, he said. “If the customer doesn’t see the value of what you’re offering, you’re screwed.”

Hutson shared a synopsis of the design thinking journey of Doug Dietz, a veteran team leader at GE Healthcare, who spent over two years developing a state-of-the-art MRI.

Children, Hutson said, are usually terrified of the confinement involved when undergoing an MRI, and frequently have to be sedated.

Rather than accept terrified children as the status quo, Dietz chose to study design thinking and incorporate its principles in his approach. He spent a week at Stanford University’s Design School studying design thinking and left with a workable, affordable idea. Rather than spend millions to completely redesign the imaging machine, his team “tricked out” the MRI and the surrounding area as a pirate ship. Scripts to enhance the scenario were provided for nurses and technicians.

Instead of being brave for a medical test that requires them to remain motionless, now children are told they’re going on an ocean voyage and have to be “very still.” If they succeed, they get a prize from a treasure chest across the room. This approach also works with other scenarios, including one in which the machine is a spaceship zooming through the universe and the loud noises the MRI makes are the ship “going into hyperdrive.”

Dietz’s team developed nine variations on this model, with patient satisfaction ratings going up 90%, while “Sedations went way down.”

Barbato asked a difficult question: “If senior living is a sea of sameness, why do we keep doing things the same way?”

As the MRI case study illustrates, empathy is usually the cornerstone of good design thinking. “The way senior living functions now, it’s not natural for us to start with desirability. It’s natural to start with viability and feasibility,” Barbato said. “We have to find ways to create empathy. And what we do with empathy is we try and go there first, to how the (senior living) resident is going to feel, how our frontline staff is going to feel.”

She illustrated her point by discussing the practice of integrating “resident innovation ambassadors” into decision making. By including a few representatives from their communities in regular meetings and scheduling interaction between them and top executives, decision-makers always have the people they’re making decisions for top-of-mind.

“People have commented that their very presence is having a major impact,” she said, adding that involving residents in the decision-making process helps shift focus from just budget and ROI to desirability and empathy.

For design thinking to really take root in senior housing, new approaches are necessary, ones that bring in staff from all departments and levels within the corporate hierarchy, Barbato said.

And, referencing Amazon’s approach, she believes the best problem-solving teams should be small, positive (with little initial criticism of new ideas) and work fast! “Amazon doesn’t want teams of thousands, they want thousands of teams. They believe that if you can’t feed that team with two large pizzas, it’s too big.”

She continued, “Most businesses tend to ideate with the same people, HR works with HR, etc. The future is going to include really robust, interdisciplinary teams that can quickly come together to solve problems and then move on.”

Successful design thinking values asking questions, lots of questions, without jumping to early conclusions, Barbato stressed. “You need to set the problem statement so that you have more possibility of getting good ideation from it. Begin questions with “How might we…?”

Finally, she suggested streamlining processes by avoiding multiple development stages and prototyping. If, for example, you want to test open meal times instead of set times, just try it and then tweak it based on the feedback.

Hutson said that an essential aspect of design thinking -- one that many organizations overlook – is “developing a deep understanding of how your customer lives.”

He continued, “We talk a lot about how are we going to serve Baby Boomers? But some of us are Boomers and we don’t necessarily understand what we’re going to want or need in the future.” 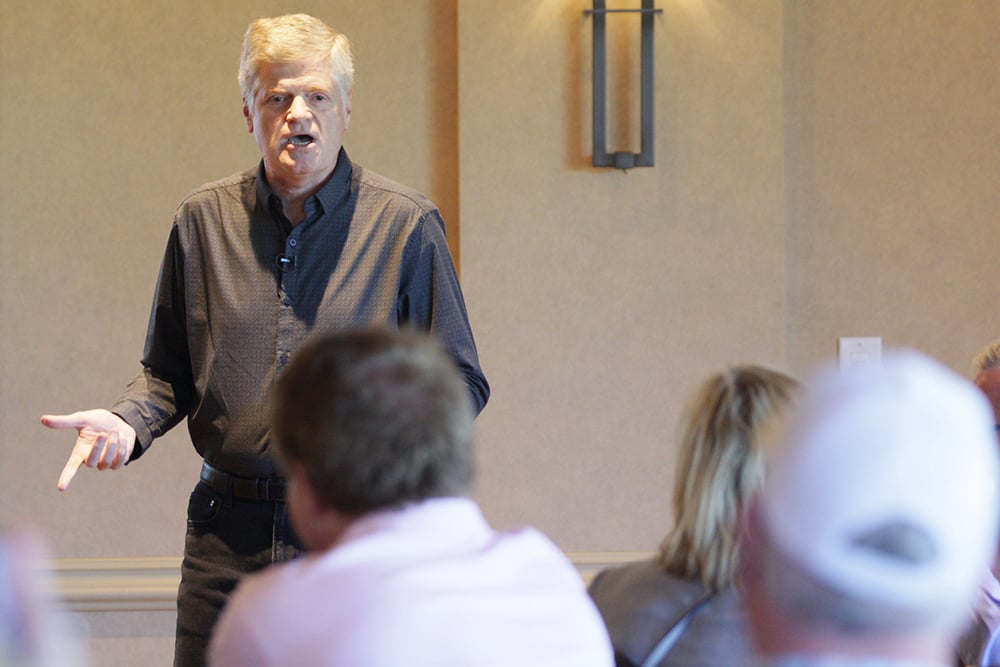 Hutson said senior living operators need to abandon the practice of superficial surveys and focus groups and instead spend time with potential residents in their homes. “I hate focus groups. I think they’re pretty much worthless,” he said. “They only represent the voices in the room, the loudest voices in the room. I often think I want to hire anthropologists in our company. Because I want them to teach me to closely observe how people are living.”

Boomers in their Natural Environment

When HumanGood was working on developing a middle-market product for boomers, members of their team “went out and sat in the living rooms of 30-40 people who fit the profile of who we’d want to serve,” Hutson said. “We spent 3-4 hours in all those living rooms.”

They found an active demographic without a clear picture of their lives in 15 to 20 years. “When asked what a great life would look like, they hadn’t thought about it. People who plan are rare!”

He added, “You’ve got to develop a deep understanding of how people are living and how they want to live before you can generate the kind of insights we’ve been talking about.”

He believes senior housing does a good job serving its current residents, but – as an industry – has failed to develop products that appeal to other demographics, including prospects in their late 60s and 70s.

“The oldest baby boomer is 72 this year. That used to be our customer,” Hutson stressed. “Why are we only focused on eighty- and ninetysomethings? I consider it a failure on our part that we’re only serving those people.

“We know the baby boomer is different from the silent generation and it’s true that not everybody wants to live in a community. However, lots of people would want to live in a congregate living situation if we designed it in alignment with what they’re looking for,” Hutson said.